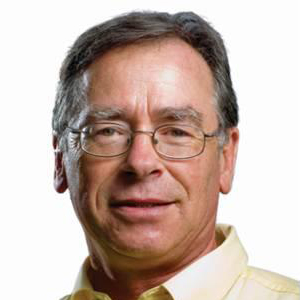 Editor's Note: Dave has been teaching electrical safety courses since 1980 and has positively affected tens of thousands of lives. He is more than happy to have you use his articles in your safety promotions but please be nice and give him credit for his work. Thanks! Tanya

Mind Your Safety is a monthly column authored by Dave Smith of Canada Training Group for Electrical Business magazine. Reprinting of this article is allowed for the intent of furthering safety awareness, with the requirement that articles(s) are used in their entirety and authorship is duly credited to Dave Smith, Canada Training Group and Electrical Business magazine.

It has been an amazing change in electrical safety history…

I would call or visit to discuss our electrical training and they would say, “We only hire journeymen’. I would say, “It’s the journeymen that are having accidents”. They would reply, “We only hire smart journeymen, so no training needed”. I then would say “We also teach electrical safety to operators and other trades”. They would then respond “Oh, our operators and other trades never touch anything electrical, so no training needed there either. Thanks for the call. We will call you if we need you, goodbye.”

One company, in 1979, had two workers electrocuted in two accidents three months apart. I met with the field superintendent and he kept talking about their rotten luck; 20 years in operation and they had never electrocuted anyone; then, within three months, they had two electrocutions. He summed up the meeting “We should be good for another 20 years so no training needed” and the meeting was over. It was like that for 25 years.

In those times there were no videos of arc flashes to show what actually happens; what we had were pictures of destroyed equipment and people in the burn unit yet company after company refused to believe it could happen to them. Because Low Voltage Safety training was a horrible product line, but people were afraid of high voltage, we focused in the high voltage safety area and expanded into testing, maintenance and troubleshooting training in 1981.

Electrical safety changed in the mid 2000’s, not because of NFPA 70E, as it was first published in 1979. What changed electrical safety were security videos of real arc flash incidents, specifically the 2003 arc flash at the Patrick Cudahy meat packing plant in Wisconsin, , and this video, , of which the origins and details remain obscure.

The WI accident was shown at many conferences and I can still remember the first conference where hundreds of us were aghast to see what we had never seen before. Whenever the second accident was shown I remember conference rooms that went totally silent as we all tried to imagine what the worker racking the breaker had endured.

In those first 25 years of training I had numerous pictures of destroyed equipment but the common response was “Yeah, we’ve seen that before” as if it was no big deal. Even for those who had witnessed an arc flash, due to the millisecond speed of it, there was no understanding of the immensity or intensity of an arc flash. No matter how eloquent and serious we were, when we discussed low voltage switchgear dangers in our high voltage safety classes, the response was often “Just don’t drop your screwdriver” and then a big laugh. These accident videos changed all of that.

There are now dozens of arc flash videos online but these two are easily the most viewed, which brings forth the second major driver for the change in electrical safety and that is technology. Without the technology of high-speed internet, and on-line video sharing platforms like YouTube, all these videos would remain hidden.

Their impact has been immeasurable as workers and management realized they had identical systems, they performed the same tasks and it could in fact happen to them. In our classes, students were now equally serious and intent as we discussed the dangers of low voltage, high current systems, the necessity of up to date safe work procedures, following safe work practices and the importance of proper maintenance.

Another driver in Canada was Bill C-45, federal legislation that, in March 2004, effectively enshrined health and safety into the Canadian Criminal Code. It is often referred to as the Westray Bill as it was the direct result of a terrible 1992 Nova Scotia coal mine accident that claimed the lives of 26 miners; https://en.wikipedia.org/wiki/Westray_Mine.

The significant additions are here:

217.1 Every one who undertakes, or has the authority, to direct how another person does work or performs a task is under a legal duty to take reasonable steps to prevent bodily harm to that person, or any other person, arising from that work or task.

219 (1) Everyone is criminally negligent who

(a) in doing anything, or

(b) in omitting to do anything that it is his duty to do,

shows wanton or reckless disregard for the lives or safety of other persons.

22.1 In respect of an offence that requires the prosecution to prove negligence, an organization is a party to the offence if

(a) acting within the scope of their authority

(i) one of its representatives is a party to the offence, or

(ii) two or more of its representatives engage in conduct, whether by act or omission, such that, if it had been the conduct of only one representative, that representative would have been a party to the offence; and

(b) the senior officer who is responsible for the aspect of the organization’s activities that is relevant to the offence departs — or the senior officers, collectively, depart — markedly from the standard of care that, in the circumstances, could reasonably be expected to prevent a representative of the organization from being a party to the offence.

This legislation had a great impact for a few years but for several reasons has not achieved the major changes that were hoped. Canadian laws, and an individual’s rights, stem from British “common law” which recognized that individuals needed protection from the more powerful State. To this end, we have fair trials where the accused is considered innocent until proven guilty; guilt requires proof beyond a reasonable doubt which essentially means proof that is close to an absolute certainty.

As this is a very high bar for prosecutors to attain, few cases have been successful; these excellent articles speak to this difficulty; https://www.ccohs.ca/oshanswers/legisl/billc45.html and https://www.thesafetymag.com/ca/news/opinion/jail-steep-fines-not-advancing-ohs/187446.

Although NFPA 70E, and our Canadian CSA Z462, did not drive this international embracement of electrical safety they have been the tools for organizations to protect their workers and themselves. We first discovered the 2000 edition of NFPA 70E and integrated it into our high voltage safety courses. Students and clients loved it for systems over 750V but we ran smack into a total brick wall when we discussed the need for 40 cal suits on some systems. I still remember a meeting with the chief electrical engineer of an international oil company who practically ranted that he “would never put his electricians in moon suits!”

That was a pretty common management response before these videos came out. In fact, we probably had $50,000.00 worth of safety training cancelled because we were advocating “such stupidity”. These videos have changed the world. Now, in every facility that company has in the world, the electrical workers have “moon suits” available to protect themselves.

One change that has happened is that now low voltage electrical safety is no longer a horrible product line we have numerous competitors. Shake a tree and you will find dozens of them and to find a foothold in the marketplace most of them are offering cheap prices. At Canada Training Group our professional fees are set to pay our bills, give us all a decent living and have a 10% net profit at the end of the year. Sometimes we do this, often we do not.

Just after starting the company I saw a sign from a New England ship building company that stated ”We build good ships here; at a profit if we can, at a loss if we must, but always good ships”. We have used that as a guide ever since; we invest in high quality systems and equipment, top-notch instructors with multiple decades of field experience, and provide exceptional service to our clients. Doing this prevents us from also being cheap and we tell all new clients, “If you want cheap, we cannot provide it.”

So 40 years later, we have trained over 25,000 people, we have an exemplary group of instructors each with 40+ years of experience on systems up to 1100kV AC and 800kV DC, five custom designed mobile electrical training substations, an inventory of great courses, many long term contracts including one for 30 years, and many new projects in the works including a North American electrical certification system, a complete suite of NETA ETT certification courses, and a 500kV substation electrical safety and testing program.

Over the years we have endured many serious challenges and Covid is just a different wrinkle. I am completely surprised at how well our small-class, interactive video training is going but the technical glitches have been resolved and our instructors are engaging professionals determined to provide instructional excellence and their wealth of experience is well received.

This year is a bit of a health challenge for me; I will be 68 on the 23rd and just had my prostate out two weeks ago; no cancer escaped the prostate and I only missed a week of work. I am now fattening up for the next challenge. Later this fall I will have a tumor removed from my right auditory nerve; I am now stone deaf in that ear but the other one works good enough. These tumors are usually benign so I expect to see 41 years.

I have certainly not done this by myself; my son Rob and his wife Jenny are partners and crucial to our success, we have tremendous support staff, a dedicated resource group, an instructor group equal to any in the world and faithful clients; it would be impossible to thank everyone enough but very sincerely,

Course alerts for your area
Subscribe to Mind Your Safety